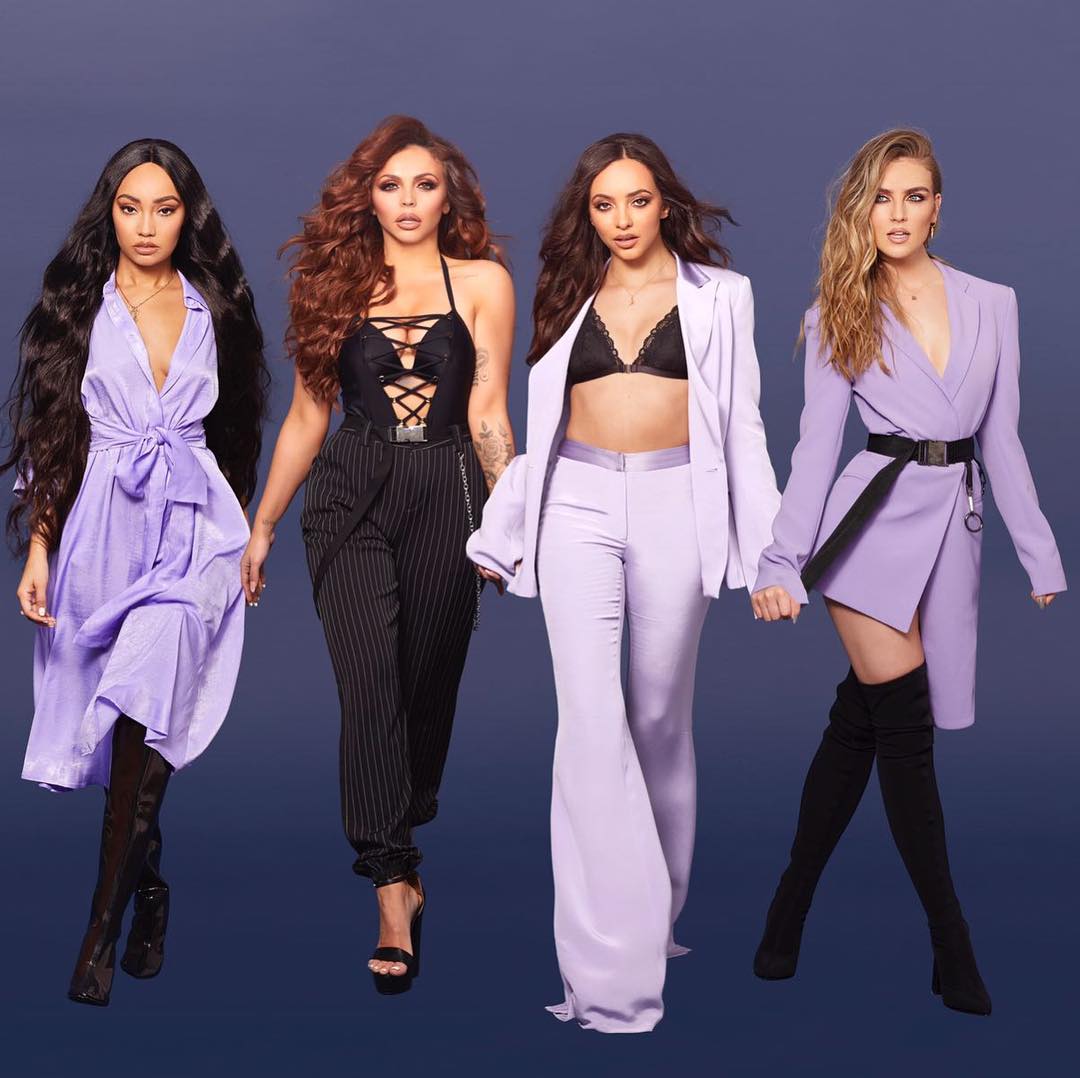 Little Mix are a British girl group formed in 2011 during the eighth series of the UK version of The X Factor. They were the first group to win the competition, and following their victory, they signed with Simon Cowell’s record label Syco Music. The members are Jade Thirlwall, Perrie Edwards, Leigh-Anne Pinnock, and Jesy Nelson. Little Mix released their debut album DNA in 2012, which peaked inside the top 10 in ten countries including the UK and US. This made Little Mix the first girl group since the Pussycat Dolls to reach the US top 5 with their debut album, as well as earning the highest debut US chart position by a British girl group,